“We swapped his milk to goats’ milk”

I have twin girls, Anna & Eilish aged 9, and twin boys Paraic & Seamus aged 7. We found Paraic, as a toddler, on rising in the morning was tired and not in the best of form. We came to the conclusion his sleep was disturbed and he just wasn’t himself. He went to bed fine and slept all night though things weren’t right. We swapped his milk to goats’ milk as we believed it was easier to digest. We found that when he had his bottle of goats’ milk before going to bed, he slept much better and was in great form in the morning. I feel a cloud was lifted off him. He is now 7 years old and continues to have goats’ milk and because he really enjoys the taste, he will not drink anything else. I have attached a photo of Anna, Eilish, Seamus and Paraic, in that order……with their little goats!! Even though we live in the Republic of Ireland, we can still purchase your milk from our local shop. 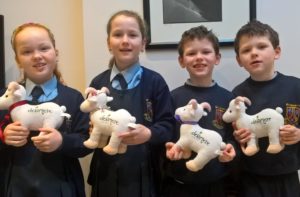 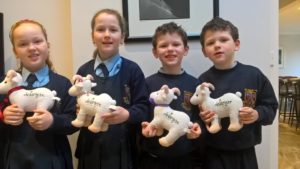 “We swapped his milk to goats’ milk” 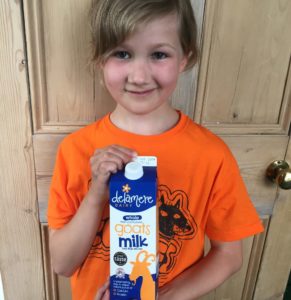 “My name is Verity and I am 9 years old”

My name is Verity and I am 9 years old. When I was a baby after my Mum stopped breast