“We’ve finally found what works for him”

As a family with a history of dairy issues (my second daughter is lactose-intolerant and my husband also seemingly had some sort of dairy issues as a child), it came as no surprise to me when our son, Hugo, had issues sleeping when we started transitioning from breast milk to cows’ milk when he was around 12 months.

He was a happy baby who slept well. I breastfed him until around 12 months, but as we transitioned into cows’ milk, the usual issues we’d seen with Elodie appeared and he became a poor sleeper, waking in the night with a tummy ache and slight tummy trouble as well. We tried moving him onto lactose-free milk, but it did not work. We switched to junior soy milk instead and all was well again.

Periodically we would try him with normal cows’ milk or lactose-free milk to see if he had grown out of whatever intolerance he had, but the issues would come back like clockwork. So, from 1-2 years he was on junior soy milk, fortified for toddlers.

However, as I saw his height in the centile charts steadily drop from over 75% at 12months to 50% by 24 months, I was worried that he was lacking in animal proteins and animal amino acids.

Wanting to find a solution using real dairy rather than soya milk, we tried goats’ milk. After a week adjusting him to the new taste (we mixed it with his soy milk in increasing quantities), we saw that he didn’t have any of the previous issues he’d had with cows’ milk and we transitioned firmly to goats’ milk.

He now has almost a litre a day, and absolutely loves it! His height centile chart seems to have ticked up a bit closer to 75%, but it may be too early to tell for sure what impact it will have, if any.

So, we have had quite a rollercoaster over the years of sleepless nights, but we’ve finally found what works for him! 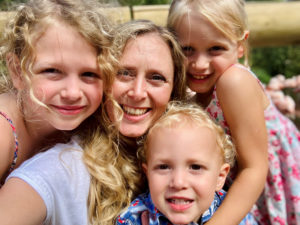