“Remember; if a dreadlocked traveller who lives off the land gives you health advice, you might just want to pay attention…”

“First of all let me thank you all for producing good quality goats’ dairy products, and my delicious daily milk. Goats’ milk is available in other supermarkets, but as I live quite a distance from most major supermarkets I do have a CoOp about half a mile from me, which is how I stumbled across your product.

As a child I suffered with asthma – as with many auto immune disorders, it came with eczema and psoriasis. When I was 15 years old I had a very extreme case of chicken pox, at such an old age for this disease my doctor warned me that this could trigger acne. Boy was he right! I had such an extreme case that I had to see dermatologists right up until I was 24 years old. The treatment I went on changed the way my liver produced vitamin A, thus drying the skin of oil in the process. The side effect was a brutal return of both oily and dry eczema. Post treatment the doctors told me it would settle down but you will probably still suffer with some mild eczema, which I did.

Some years later a good old ex-hippy-friend of mine noticed me scratching my leg repeatedly and asked me what was up and told him, “oh it’s just eczema”, “switch to goats’ milk” he told me. I didn’t think much of it at the time but some years later I spotted it on the shelf while shopping and thought why not? Not only did I prefer the flavour, but some months later the eczema vanished never to return. Problem solved!

Sometimes many health conditions can simply be an allergy or intolerance to something in our diet. I suffered from horrendous migraines for years, with pulsating auras in my vision incapacitating me sometimes for days! After my goats’ milk discovery, I remembered years ago whilst having a migraine on my break at work, an old colleague spotted my chocolate in my packed lunch and told me it worst thing for migraines…I stopped eating chocolate and have never had a migraine since!

Keep up the good work at Delamere Dairy, and I’ll look forward to trying some of your other products too. And remember; if a long-dreadlocked traveller who lives off the land gives you health advice, you might just want to pay attention!” 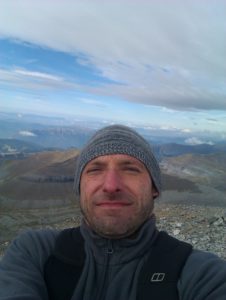